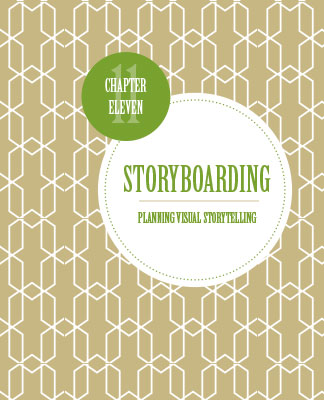 This little chapter on storyboarding gives students a quick lesson in planning for moving pictures, as in video, animation or even perhaps film. In our experience, teaching storyboarding is really about giving students the vocabulary to talk about what they already know from growing up immersed in popular culture.

The 5-minute Motivation to Read Quiz

Share three things you learned from the reading. Be specific.

Describe and give examples of different points of view or POVs.

Describe an example of using light to achieve dramatic effect.

Define and give examples of two techniques for segueing between shots or scenes.

Framing the shot refers to

The difference between a push and zoom is

Which camera angle symbolically can diminish the subject’s power?

From the Create + Communicate Blog